After waiting and watching for three months, we have discovered that little, blonde Sunnyside is the only hen from our latest clutch of six eggs. Five of those eggs hatched, four of them are dark grey or black males and she is the lone blondie and the only female.

Her lot in life so far has not been an easy one. For starters, she had trouble hatching out of her pretty blue eggshell. Two days after the first chick had hatched, her egg finally had pips around the center but progress was very slow. After the recent issues with the school incubator, we took action. 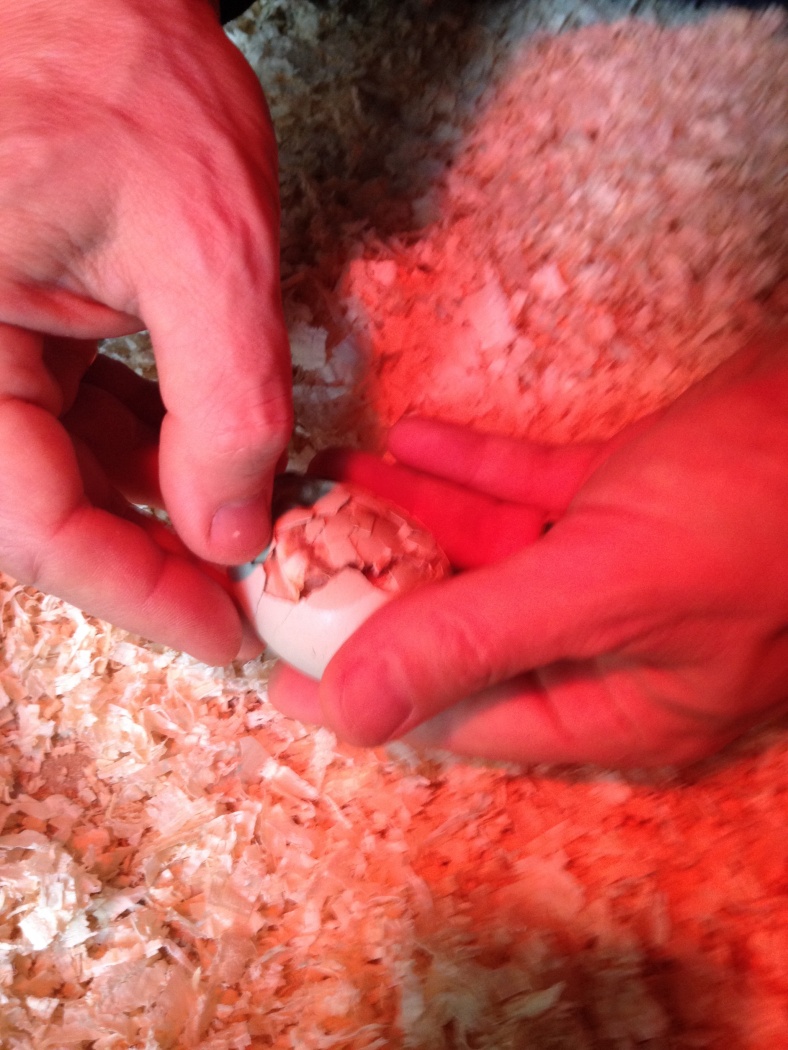 Here, FM is helping Sunnyside out of her shell. The membrane had adhered to her fluff.

Her legs are stretching out but she was completely spent with the effort.

After releasing her from her confines, we tucked her under Tweedle Mum and hoped for the best. 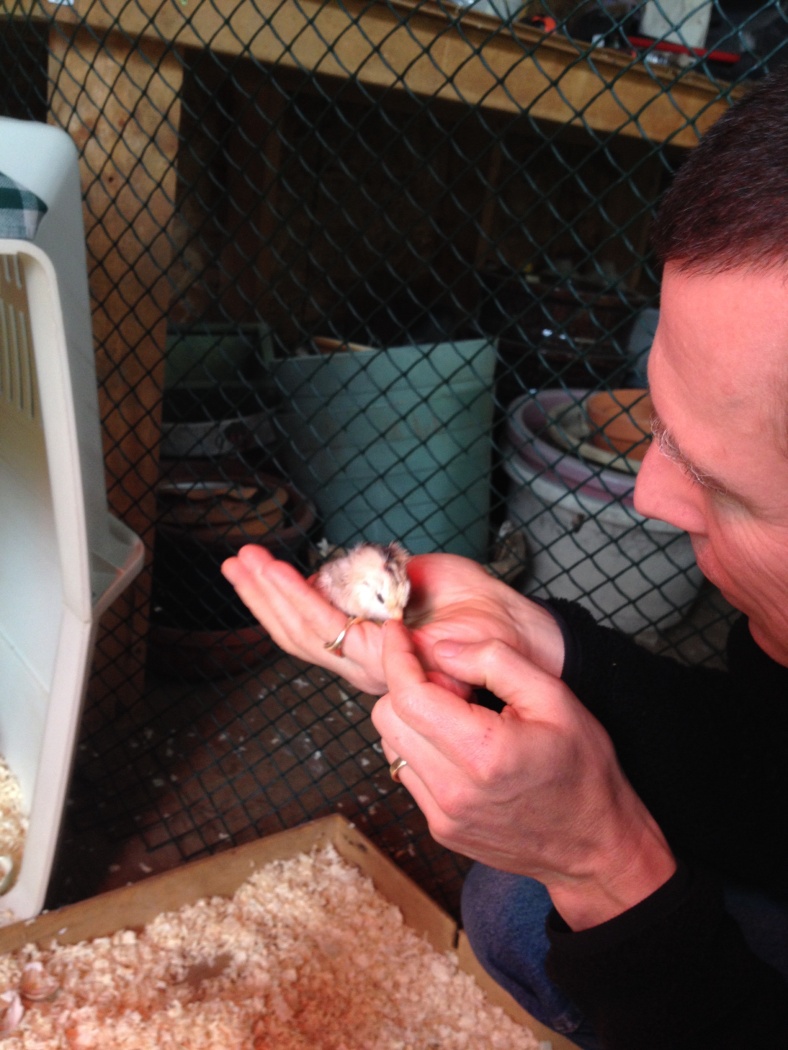 She was so tiny even after she had fluffed up! 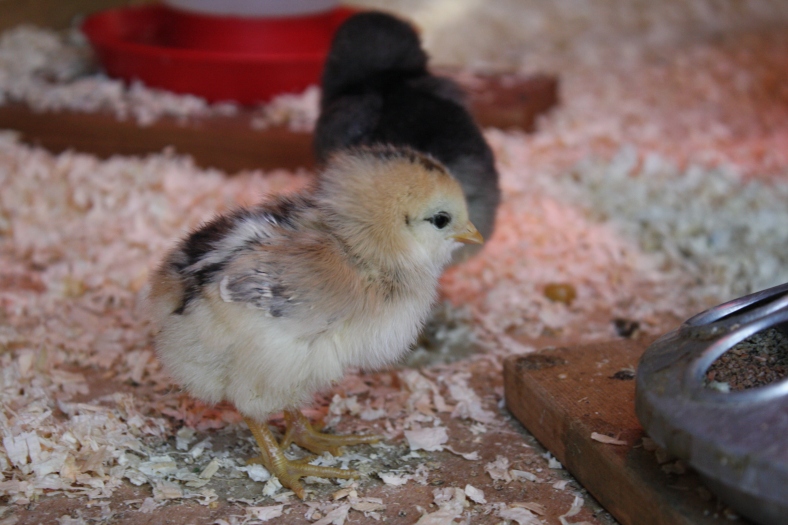 All worked out just fine! 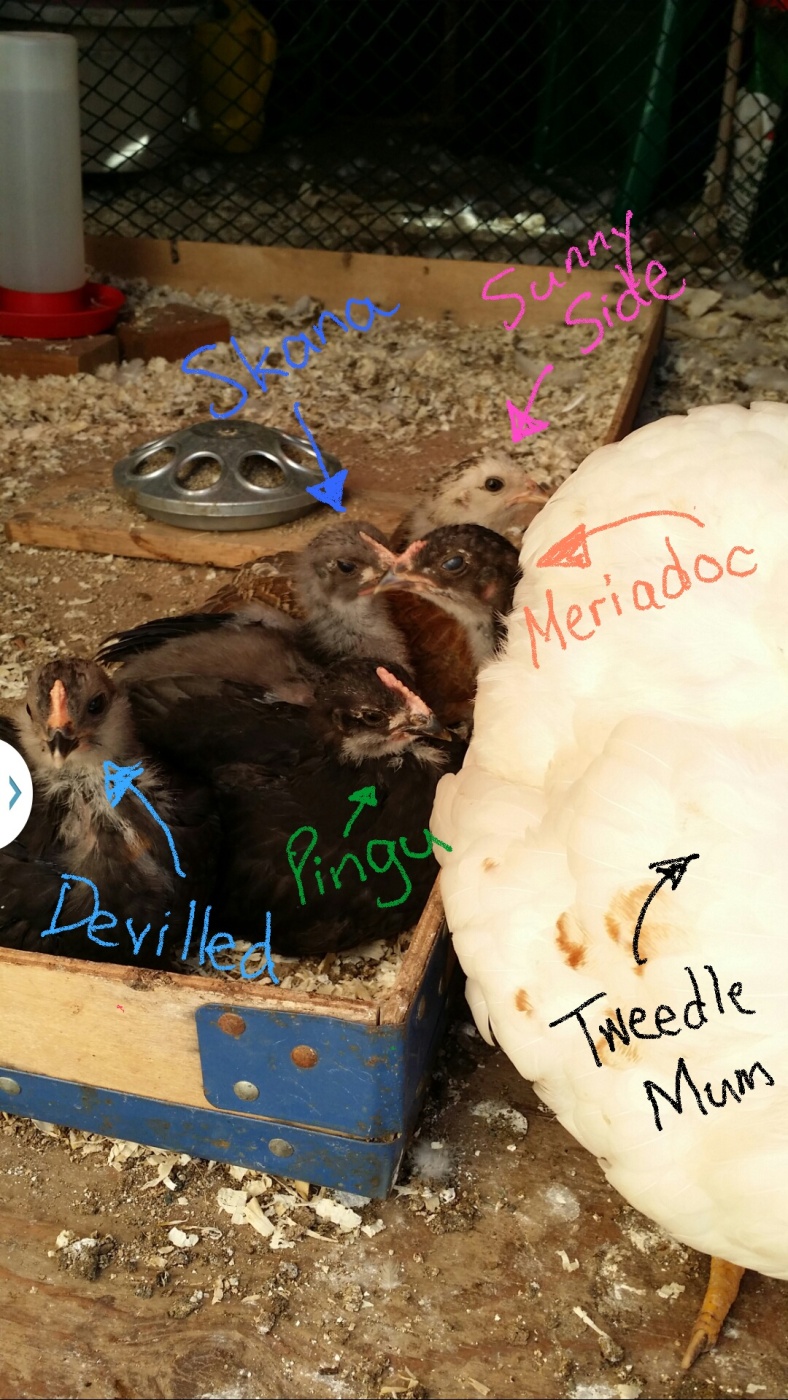 Around the two month mark, her four brothers began showing signs of Rooster-ness. Their first attempts at crowing was the gender giveaway. Little Sunnyside never joined in with her own party horn and we knew then that she was a hen and therefore a keeper.

As with our whole new brood, she is a mix of a whole variety of breeds.

Our guess is that she is mostly Ameraucana because her blue eggshell, her ear tufts and her prominent tail. Hopefully she will go on to lay blue eggs of her own. She is cute, tiny and timid but is managing to hold her own among her aggressive, domineering brothers. Tweedle Mum has now kicked all of them out of the nest and out from under her wings. As a result, little Sunnyside spends a lot of time alone since she has not yet been accepted in to flock with the adult hens and she avoids the aggressive hassles from the boys. She is very curious but I haven’t managed to ‘scoop’ her yet. She is as fast as lightning and a talented flyer! 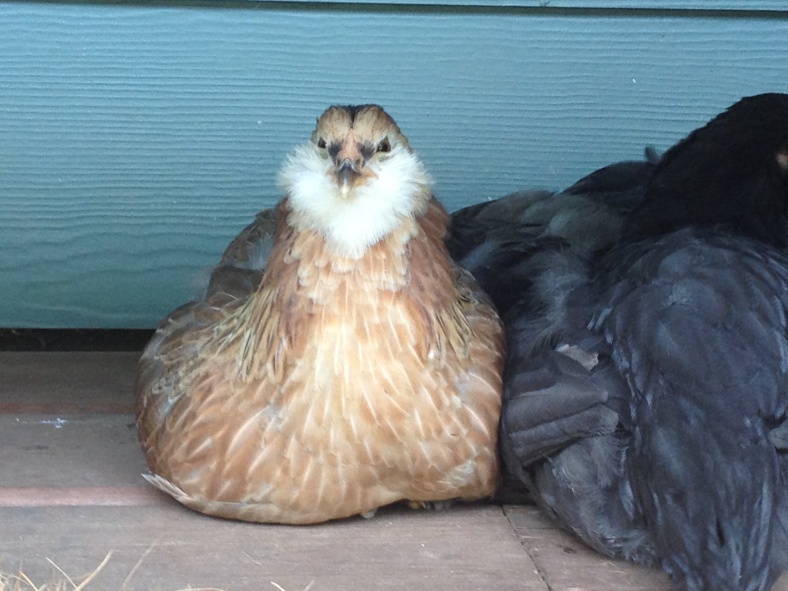 I have already nicknamed her “The Lorax” because of her fabulous winged mustache!

2 thoughts on “A Rose Among Thorns”